Like a flower shaking on the plateau, unhurried kind time drifts like wind to spin the history here.

Scenery of good old volost touching a large field and the romance of the war-torn country military commander which it is active, and begin to move until a heart.

To the place that I want to visit to realize the dream that I described in the life.

The luxury named "the stay" to taste in the speed to walk relaxedly.

Do you sometimes enjoy a few special day nowhere? 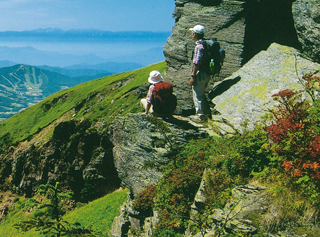 In Sugadaira Kogen, there is a superb view filled with different charm in each in the four seasons.

Though I came for the first time, I miss you.

A change of the scenery which I did not notice all the time. Everlasting nature creates a heart with a person. 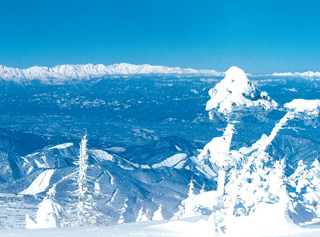 Peaks of the silver named spring or eternity and the ream. The dream that I forgot revives hot in the depths of the heart.

A trip to become a white legendary chief character. Winterreise which makes an unforgettable memory. 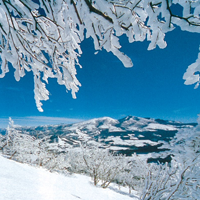 Mt. basis, Mount Taro, 12 slopes spreading out in the Omatsuyama area, 36 courses. A lift full of the functionality links each slope where good-quality powder snow lays thick and can enjoy a good ski resort. I leave the slope, and the way of enjoying including the play with snow in skeet racking and white nature is infinite. 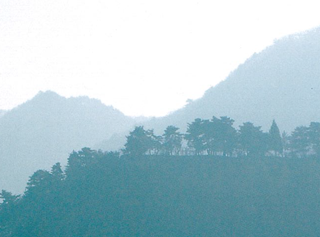 The trace of the ambition of the Sanada clan who watched the world deeply from Shinano among the steep mountains.

The way of life of Strategist of Kiyo who let you be afraid of Ieyasu Tokugawa still reminds the heart of people of an impression and romance more than the times.

A gust of wind ... which arises suddenly. The dream of heroes of ancient times revives vividly. 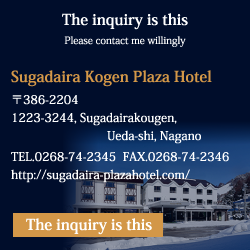